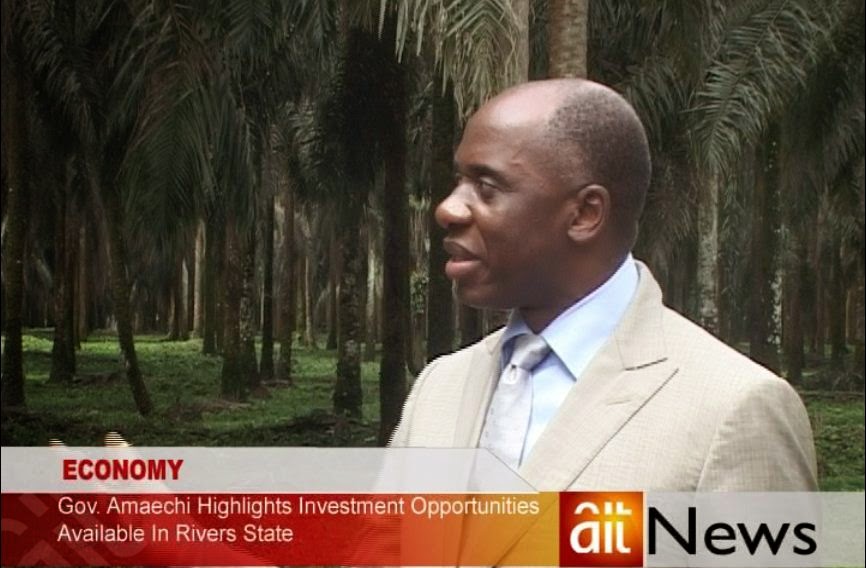 Dear Governor Chibuike Rotimi Amaechi, our Port Harcourt city does not seem to fall into the top five cities in Nigeria due to negligence as a result of your recent ‘efforts’. With all the optimism, plans and vitality which you displayed during your first few years as Governor, one would only imagine that Port Harcourt should be ranking as one of the top three cities in Nigeria, five years later. Today, even though we do not know where Port Harcourt stands, we are certain it doesn’t have a place in the top five list.

Our traffic lights have longed stopped functioning. You don’t seem to care about that. Despite the fact that we currently produce more than 25% of Nigeria’s power output, we still cannot boast of a steady 22hr power supply, Lagos with a less production capacity has played its politics well to consume 20% of the entire power produced in the whole of Nigeria. When will you learn to play your politics right? Despite the foreign loans on mega water scheme, we still do not have a centralized water system in this city of Port Harcourt, even areas like Ojotta in Lagos has a centralized water system that runs 24/7 and not only provides clean water but also generates revenue for the state, Calabar, the same. We do not yet have a central water system in Port Harcourt, despite the loans. The Port Harcourt Syringe Factory which you promised will create 5,000 new jobs by September 2014 is still a surprise. This is October and that project still seem to be crawling.

We will accept your apology if you will be bold enough to make it clear to us that you were misled into constructing a monorail that only covers a 50Naira distance with such figures. We know what it looks like when these foreign companies come with their fine proposals showing you the aesthetics of their projects. Many Governors in Nigeria have been misled that way into embarking on such similar projects. Just tell us it was a miscalculation, we will understand. Next time, when these foreign jobbers with their fine proposals come to you, if they cannot accept PPP, then ignore them.

I do not want to talk about how much you claim to have spent on fighting the Ebola virus in Rivers State. We understand that one too.

Port Harcourt lost many companies to Lagos as a result of the Niger Delta Militancy campaign. I expected that by now, you should have played the necessary politics to drag them back to our city. You have not done well in that regard. Virtually all the marginal field operators and big oil players who were once based in this city have relocated. If you play your cards well, you could bring them back, I mean all of them. You have done it before with N-LNG, you can do it.

If Nigeria has 100 of its citizens on the Forbes list, Rivers State deserves to have 10 of its people on that list. Learn to play your politics right. I also understand that you are angry with President Goodluck Jonathan, not because he is not sincere, but because he is not intelligent enough to favor your State in the expected manner of his predecessors. I know that question that has been on your mind. What then is the benefit, when we have our man as President who cannot manipulate the system to bring to us the needed development? I totally understand. But you seem to forget that the times have changed.

For several months now, justice (courts) have been on strike in Rivers State. How can justice go on strike and we are all comfortable.

The traffic jam even on our newly constructed roads are another issue we should put into consideration. Also, the anticipated skyscrapers are not forthcoming. The manufacturing firms are not forthcoming. Port Harcourt is loosing its soul. It is becoming a dumping market where all goods produced from around Nigeria is sold without the city itself producing anything for sale.

Was it not this same Port Harcourt that made Timaya, Duncan Mighty, etc? What is happening to our music industry? We are certainly not playing our politics right. We are not only loosing many industries, we are equally loosing the market.

We need more productive firms, more government covet funded entrepreneurs, in other to create more jobs. The spirit (government) of Port Harcourt is weak but the body (its people) is willing. There seem to be no garden in this city, anymore.

Port Harcourt should naturally have become the economic hub of not only the South-South but also South-East and beyond. People from Uyo, Owerri, Asaba, Bayelsa, etc have always looked up to Port Harcourt. The decline is embarrassing and worrisome. Your newly constructed roads look like they are ten years old already. If you must empower our local contractors to build our city infrastructures, then they must be willing to play by your rules. They must do a perfect job.

Our dear Governor. Please learn to play your politics well. You could learn one or two techniques from your friend Babatunde Raji Fashola (SAN). I pray it is not too late, already.

Port Harcourt is not where it ought to be because the manner in which you are playing your politics is not how it ought to have been played.

You started well. I am not sure how you will finish.