Journalism; Social Media Censorship In Nigeria: Is The Time Right? 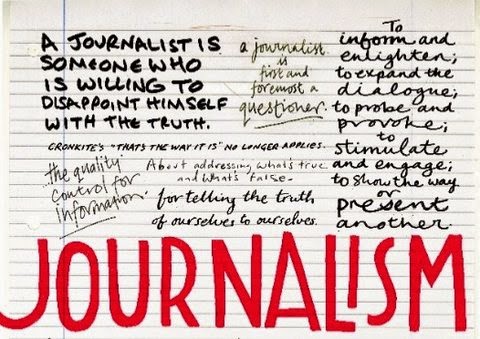 In 2013, a bill to regulate false social media propaganda was introduced in the National Assembly. Section 13 subsection 3 of the bill proposed that: “Anyone who intentionally propagates FALSE information THAT could threaten the security of the country or that is capable of inciting the general public against the government through electronic message shall be guilty of an offense and upon conviction shall be sentenced to seven years imprisonment or N5 million (fine).”

Nigerian media houses and many Nigerian citizens opposed the bill and succeeded in removing this clause from the said document.

With the increase in false media propaganda today, I think patriotic Nigerians can now see reasons with me why we should revisit that bill seeking a 7 year jail term for false media critics! Like I said before now, I see nothing wrong in the Nigerian Senate seeking a 7 year jail term for FALSE social critics. While men like Paul Asiebu﻿ will prefer to advocate for self-restraint or self-censorship as a way of regulating social media activities, I still strongly believe that a legislative constraint is the best form of regulation, especially in a country where insanity is on the rise.

Just yesterday,  Africa Independent Television﻿ reported that Omisore will soon become the Chief Executive of Osun State after tribunal findings had shown that he scored the highest number of valid votes. As I read through, I came to a point where I saw ‘according to ‘Hope For Nigeria…..’. And I said ‘oh my God’! How can AIT rely on Hope For Nigeria﻿ Facebook page as a source of authority/information. Shouldn’t the reverse be the case?

Last Saturday, the thought of writing about the sarcasm of ‘rented crowd’ in connection to ‘Rotimi Amaechi’s’ rally came to my mind. I needed to get information about the capacity of the stadium, the reason for the rally, and other information. So I relied on Vanguard News report as an authority. It was only after Malik Shabbazz﻿ had called me to order that I remembered that Vanguard is the mouthpiece of the government in the same way Sahara Reporters is the mouth piece of the opposition. They all do the same thing. The stadium which Vanguard News reported to have 65,000 capacity was only 38,000 (I am not even sure of this anymore)!

Some time ago, Vanguard News﻿ reported of a Nigerian Air Force official who had slammed his aircraft into the midst of Boko Haram killing 65(not sure) of them before being captured and beheaded. Where did Vanguard get its information from? A Facebook page which claimed to be friends of the beheaded pilot. Vanguard did not bother to ask how and where this Facebook page got its information from, it just copied and pasted it to Nigerians as news!

I do not want to talk about Sahara Reporters﻿, Premium Times﻿, etc.

Although our existing criminal law already covers most of the challenges we have in the social media industry. The fact remains that the time for legislative regulation of social media activities is now. Like I said to Paul Asiebu yesterday (our brief debate on this issue), ‘if Nigerians are rational people, the appeal for self-restraint/self censorship will make sense. Just visit Sahara Reporters wall and see the way Nigerians interact amongst themselves and you will see that the majority of Nigerians are irrational and therefore cannot be capable of self-restraint, stiff legislature becomes necessary.’

When even reputable media houses begin to publish junks with the caption of ‘Breaking News’, then something is wrong, not only with the media houses, but with our regulatory agencies.