The Implication of Supreme Court Judgment on Card Readers 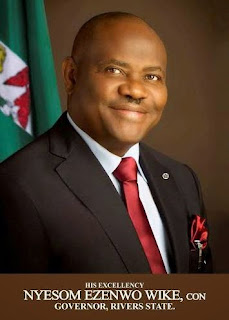 The implication of the Supreme Court Judgment on the Rivers State Governorship election is that the several Billions of Naira spent by INEC/FG for the procurement of the card readers on the 2015 general election was a waste of money.
The second implication is that the card reader was illegal as it has no legal back up to stand up as exhibit against election rigging. This is a shame and an insult on our sensibilities as country of rational people.

At about few minutes past ten on the day of the Presidential election, the INEC Chairman, having received several reports from across the country about the inefficiency of the card readers, gave a directive that the card readers should be disregarded and manual accreditation adopted for the rest of the day. However, few days to the governorship election, the same INEC Chairman made it clear that ‘on no condition’ should the card readers be ignored for the gubernatorial election. He even went further to state that where card readers fail, elections should be shifted to the next day. I read the two directives and I got the message clearly.

The card reader was a perfect constraint on election riggers.

Judging by the reports of the card reader, Wike/PDP rigged the Rivers election and it was on that premise that the lower courts nullified not just his election but that of over 90% of Rivers lawmakers who still remain sacked.

The Nigerian courts (higher courts) by implication and by their judgment has technically rendered the card reader illegal and unconstitutional. This is a shame and an insult on our sensibilities as reasonable people in the age of technology.

To discredit the same card reader which had legislative back-up and by not relying on it as a way of checkmating rigging is the height of judicial irresponsibility. That Supreme Court judgment is retrogressive.

The Supreme Court Judgment on the Rivers State election is a suspicious one.

Whatever compromise Wike/PDP must have reached with the Abuja people in getting this judgment, is an unfortunate one.

I am disappointed in the Supreme Court Judgment.

NASS should immediately move to correct this anomaly by  reviewing our electoral act and ‘officially’ include CARD READER as the ONLY method of accreditation in future elections.