There is Hardship in Nigeria!
hardship Nigeria poverty
by Tony Osborg

There is Hardship in Nigeria! 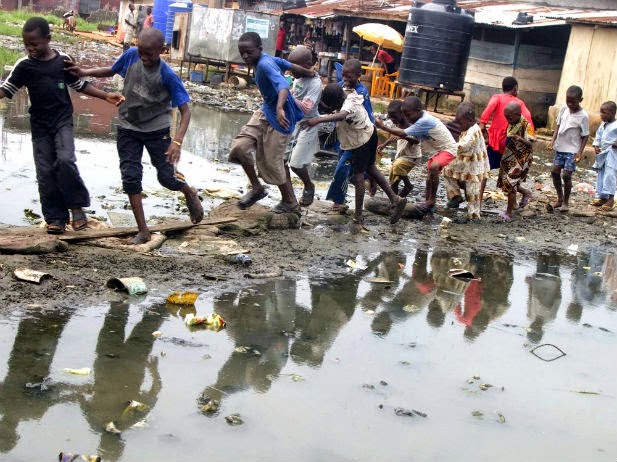 There is hardship in Nigeria. I have tasted this hardship and I still do taste this hardship. How can a country be so rich and her people this poor? I have seen extremely intelligent students fail to scale through our examinations due to structural abnormalities in our educational system. I have seen intelligence wallow in poverty due to inability to afford ‘free’ tertiary education. I have seen men relocate to their rural areas due to their inability to cope in the urban areas. I have seen mothers unable to ‘buy sanitary pads for their daughters while our politicians buy I-Phone 6 for their daughters and even buy I-Pads for themselves which they cannot even operate.’ I have seen students with the zeal to read yet are unable to buy books. I have seen young brilliant youths relocate to nearby Ghana to commit all manner of absurdity simply because they think there is no hope in their fatherland Nigeria.

There is poverty and hardship in Nigeria. I have seen universities without power supply for weeks and I have seen people suffer in traffic jam on a daily basis and have now come to accept that as their culture.  I have seen legislative aspirants spend as high as 300Million Naira to win a return election, I have seen governorship aspirants spend billions of Naira to win a return election. Yet there are millions of Nigerians who have lived their free life through hard labour and are yet unable to save a million Naira they can call their own. Why the economic imbalance?

I have seen government officials in less than four years become richer in cash and in asset than our industrious entrepreneurs who have worked hard for decades. Why the structural imbalance?

I have seen local government chairmen share their monthly allocations to their party godfathers like an LGA allocation is a private money, this is happening when our local farmers cannot afford to plough their farms nor buy fertilizers. Why the structural imbalance? I have seen state governments spend over 3Million Naira daily on fueling street lights, why the unprecedented waste? I have seen government officials inflate government contracts to as high as 35% of the entire contract sum. I have seen wastage and wickedness perpetuated by our own government officials. I have seen people die in our hospitals due to avoidable strikes by our medical people. I have seen hundreds of competent contractors having no project to execute while few incompetent contractors having tens of projects to execute simply because their man is in now charge. I have seen my own government replace meritocracy with mediocrity simply because the tribes and religion must be appeased for no just reason.

There is poverty and Hardship in Nigeria. I have seen employers exploit, maximize and oppress their employees simply on the basis that there are no jobs for them to switch to. I have seen employees suffer in the hands of employers and yet cannot resign from such places due to the high level of unemployment in the country. There is hardship in Nigeria.

I have seen state government send students abroad on scholarship only for them to be abandoned to face hardship. There is poverty, unemployment, corruption, injustice, hardship, terrorism; all in our country. It is a sign of government failure.

There is hardship and poverty in Nigeria. If the present officials cannot change their ways, then there is need for a change of government, a change of ideologies, and a change of policies.

We cannot continue with this hardship in the midst of plenty.