Was Onyeka Onwenu Corrupt or Simply Corrupted by the System?
Uncategorized
by Tony Osborg

Was Onyeka Onwenu Corrupt or Simply Corrupted by the System? 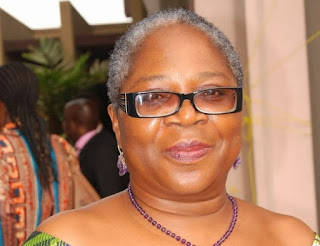 Have you heard that Onyeka Onwenu has been fingered in a N17 million Naira bribery scandal? Was she a corrupt person or was she simply corrupted by the system under which she found herself? Let’s find out.

According to the story, and according to the Nigerian official way of stealing public fund, she (Onwenu) (as the head of National Centre for Women Development [NCWD]) awarded a renovation contract for N33 million Naira, and then paid a whopping 28 million Naira even before work commenced to the contractor and then demanded (through her aide) that N17million out of the said amount be paid to her as kickback. According to the statement of the guy who made the payment to her through the aide, the demanded N17million Naira was not hers alone, it was to be shared between Mama Peace (who gave Onwenu the appointment in the first place) and Onyeka Onwenu herself! A whopping 51% of the entire contract sum was demanded as kickback! That is how we roll in Nigeria.

I don’t want to talk about Mama Peace engagement in this matter today. I don’t want to talk about the rumors that we have heard about Mama Peace collecting a certain percentage of NDDC annual budgets all through her husband’s stay in office, about her collections in Ministry of Women Affairs, her collections in Bayelsa State and her attempt to do same in Rivers State. She was not just a notorious First Lady, she was the real person in charge of all the illegal deals. Mama Peace story should be a story for another day. She was an extraordinary woman, all Nigerian women should be proud of her type! She did the things even her husband could not do! That’s by the way.

Back to the main story. There is no way Onyeka Onwenu’s aide would have demanded and collected that kind of bribe without Onwenu’s knowledge and consent. At the end of the day, that poor chap of an aide might kiss his way to jail while Onwenu will deny him and his act. But for those of us who know how these things work in Ngeria, we strongly believe that went on in that deal had Onwenu’s approval.

Like I have always said, Abuja politics corrupts people. In fact, the whole of Nigerian politics corrupt people absolutely. There is a high possibility that if Tony Osborg becomes a state Governor today or he is appointed a Minister, he will be corrupted if he observes that there are no constraints around his actions! This is what is missing in public institutions. Constraints. Corruption has become an inevitable official by-product of the present political structure and system. This is one important issue President Buhari needs to look into if he must tackle corruption from the root. With the kind of raw cash at Abuja and at the State capitals, even the acclaimed incorruptible people are likely to become corrupted if they are not constrained by external checks. Those who work in the bank will understand what I mean by this.

One way to fight this kind of corruption in Nigeria is to strengthen the institutions by putting in internal and external mechanisms to guarantee that even if a well-known thief is given an appointment, these internal mechanisms will not allow him manifest his stealing prowess. This is how strong institutions are built; by not depending on the self-restraints of people.  You don’t depend on the self-restraint of ‘incorruptible people’ to run organizations, you impose on everybody some sort of external constraints to deny them the opportunity to steal. This is one reason why I do not like Buhari’s idea of searching for incorruptible people to become Ministers, they will be corrupted if you are to depend on their self-restraints. People will always likely steal when there is an opportunity to steal with a high possibility of not being caught at the end. This was exactly what Obama meant when he said Africa needs strong institutions, not strong men.

One way President Buhari can fight this kind of corruption is to strip everybody (including himself and his ministers) the powers to award contracts and send those powers to the Bureau of Public Procurement (BPP) as was originally captured in the BPP Act. That is the ONLY way to put an end to this major kind of corruption. BPP is that strong institution which Barack Obama talked about that Nigeria needs. I have followed up their activities for years now and I can confidently say that BPP is the most effective institution ever established in Nigeria. They have saved Nigeria hundreds of billions of Nigeria that usually goes down in the Onwenu’s style.

For the main time, corruption remains official as it is legal in Nigeria to practice.

May we all not be overwhelmed by the criminality of the Nigerian political system? Amen.